Impunity is Mortal, Art is Eternal

I believe that every person has the right to talk about human rights. Human rights are the rights that every person have since they were born, including the rights to give opinion and expression regardless their age, race, economic class, education and status. This means that everyone has the right to have their process in understanding of human rights and applying its value in everyday life. Unfortunately, the narrative of human rights in Indonesia still feels detached from reality because so far as we have seen, the voices of human rights are only from the same group of people in the society . Even more so if we want to talk about the distance between victims of past human rights violations and us who are living in Indonesia today, including youth. The greater the distance that we felt.

Not to mention every time I read the phrase, “As a youth, the hope of the nation…,” which always makes me feels cringe because this nation is far from being ideal, especially when it has to do with protecting the rights of its citizens since in the past until now. Then how about the understanding of youth about being part of the nation today? Because our present selves are constructed from the past, which means either directly or indirectly we must also be willing ourselves to acknowledge that the past of this nation was not only built from achievement stories, but also many failures. Because to become a big nation, in my opinion, is not only by remembering the services of the heroes, but also acknowledging mistakes and willing to take responsibility for those mistakes. So, that we are not like giving a pig in a poke when giving responsibility to the youth to build this nation in the future.

In my opinion, the Humanityouth Project is one of the efforts so that youth are not getting a pig in a poke. They met directly with the victims and survivors of human rights violations. When the youth learn and document the stories of victims and survivors, they are creating a new relationship with other humans whose gap from themselves is not just a matter of age and time, but also their life’s journey. They seemed to be experiencing firsthand the bitter, pain of Indonesia, which obviously not instagrammable. But the real world is usually more honest than the virtual world, right? Living in two worlds at any time should not necessarily make youth being automatically apathetic, selfish and only live for today. Because in reality, the more diversity and choices given by the virtual and real world at their fingertips, the greater their ability to better able to sort out what can be trusted and what is not. I believe they can do that, but more importantly, we must give that trust to them first.

Since this is not a competition but a partnership to work together, the youth might be younger by age but that does not mean they cannot give us lessons. Provide the room for them to walk on their own and if they fall, help them to stand up, instead of ridicule them. Be two adults who trust each other that all of this will eventually have results, even if it doesn’t happen right before your eyes. We must believe that those with all their strengths and weaknesses are able and deserve to do humanitarian work according to their chosen roles and ways. After all, someone said there is many roads lead to Rome, right?
In Humanityouth, this trust is given to every youth involved, both as a facilitator in the process and artist who respond the results of the process. There are many gaps, of course, that we feel from the perspective of the facilitator and artist with the three topics we talked about in Humanityouth. For artists, the space given for learning is very broad and varied in its forms, including learning a method applied during the process that attracts more as visual works and installations by individuals or groups rather than research work. The facilitators also made presentations of their work from the collection of stories they had done so far, to be juxtaposed with the work of the artists. The collection of stories made by the facilitators then being interpreted by the artists in their works.

Speaking of artists’ work, the obvious distance is that none of the artists carrying the topic of Stolen Children from Timor-Leste are victims of, or at least related to, this topic. The three artists who all happened to work as a group, Toma & Kako, Fat Velvet and Bombo, chose different facts from the topic, but interestingly then they were able to create a series of sequential stories about the lives of the Stolen Children since they first arrived in Indonesia until now they are adults and have a new life in Indonesia. Through their work, Bombo tells the story when the children had just landed in Makassar and were employed as unskilled laborers in various locations. Then continued by Fat Velvet, who took a psychiatric perspective where most children who were deprived from their homeland at a young age where they did not have a complete identity so they tended to over-adapt in their new environment to build their identity as adults. And finally, Toma & Kako who made the work about voiced prayers offered by the Stolen Children and their parents for the coming day when they could finally go home and be reunited in their homeland. For the topic of 1965 atrocities, there is Deny Renanda Putra from Semarang, who is sure to be distant because of his age, but it turned out that Deny experienced himself when he was still in elementary school that PKI, the name of a banned communist party in Indonesia and used as a vicious stamp for those deemed evil, was used to the students who did not attend the national flag and prayer ceremony. This fact that made his work talk about the repetition of forms of violence that continues. Meanwhile, human trafficking is not a topic from the past, as we all know that to this day human trafficking continues in various forms and contexts in Indonesia. Armin Septiexan lives in Kupang, where a case of trafficking in persons is common because of the large number of migrant workers coming from there. Even though he has been involved with humanitarian work in that context, he is still often surprised by the large negative impact experienced by victims and even their families after they returned. From these three topics, it can also be seen that the human rights violence that occurred and rose in Humanityouth not only occurred in the past but also continues to this day.

For an effort to unlearn impunity that has taken place for so long and deeply rooted in Indonesia, the media chosen to extinguish it must be older than the impunity itself. Art, where in Humanityouth project we chose art in the form of audiovisual works. This form was chosen because apart from being a product, the public’s interest, especially young people toward this form of media are the biggest at the moment. Of course, we are aware of the problem of access to be able to get and enjoy audiovisual products that require supporting devices such as tools, technology, phone credits and electricity, which may not necessarily be equally distributed in Indonesia. Coupled with the end result of the work of each artist that may not be a form of expression that is easy to capture the meaning by the public who see it, but at least we also want the public to see how diverse ways and perspectives to talk about human rights today. 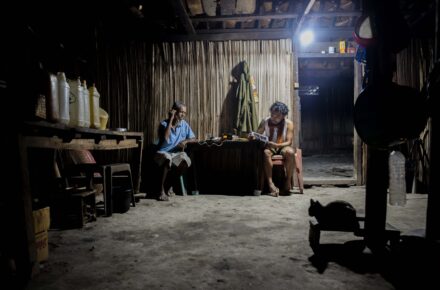 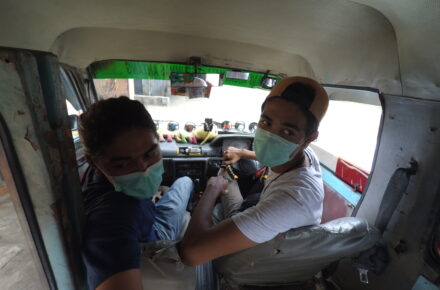 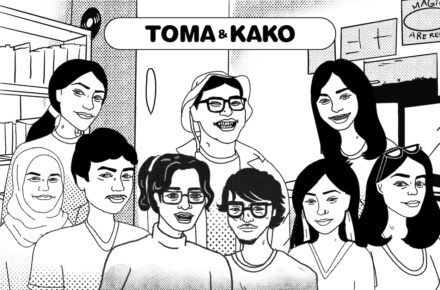 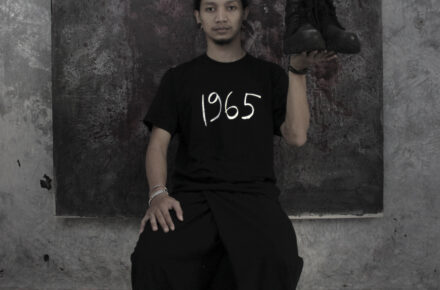